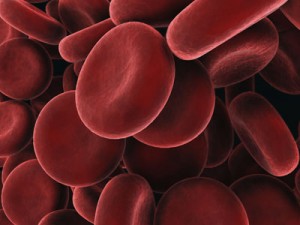 The blood in the human body is a mixture of fluid and cells. Five times thicker than water, blood has a salty taste and is slightly alkaline with a pH of about 7.4. In the living body, the portion of the blood that is fluid is called plasma. The portion of the blood that contains the cellular components is referred to as the formed elements. An average adult has about 5 liters of blood. Approximately 55% of the blood is plasma and the other 45% is formed elements. This means that when observing a blood specimen about half of a specimen will be serum or plasma and the other half will consist of blood cells.

Plasma is a clear, pale-yellow fluid that is made up almost completely of water. Only about 10% are dissolved substances such as:

-Minerals such as sodium, potassium, calcium, and magnesium.

-Proteins, such as albumin. This protein helps to regulate the osmotic pressure of the blood.

-Waste products of metabolism like creatinine and uric acid.

-Other substances such as vitamins, hormones and drugs.