While searching for purity in our fast food orders may seem foolish, learning exactly what we put into our bodies may help us become more cognizant of how unhealthy mealtime is for many Americans. According to the Centers for Disease Control, about 35 percent of the nation can be categorized as "obese." This is a huge public health issue, as the larger our waists become, the higher the risk for diseases such as cancer, high blood pressure, and type 2 diabetes. That last affliction is scary, as it now accounts for $140 billion in medical costs in the United States alone, according to a 2013 report by Credit Suisse Research Institute.

Fast food purchases have become a way of life. According to the 2013 Gallup Consumption poll, Americans still love to have it their way, or stop at the Golden Arches and buy a meal that is made for them.

Those numbers are peculiar when you consider that 76 percent of people think that fast food is either "not too good" or "not good at all" for people to consume.

Why do people eat food that they know is not good for them? Could it be that something about fast food makes it addictive? In order to answer that, let's take a closer look at what exactly a chicken nugget is.

A chicken nugget of wisdom

The health issues that arise from overindulgence on fatty and sugary foods is no secret, and yet people still flock to them as if there aren't any adverse effects resulting from their consumption. In an article for The Atlantic, James Hamblin spoke to Dr. Richard D. deShazo, a professor of medicine and pediatrics at the University of Mississippi Medical Center. Dr. deShazo said that he wanted to study chicken nuggets from two different fast food establishments because "it almost seemed like [children] were habituating- that kids were addicted to the chicken nuggets."

Hamblin went on to talk about celebrity chef Jamie Oliver, who made nuggets in the same fashion as fast food restaurants do, in front of a group of children. Even watching Oliver did not stop the children from eating the nuggets. Oliver said that, "We've brainwashed our kids so brilliantly that even though they know something is disgusting and gross, they'll still eat it if it's in that friendly little shape." That brings us back to the important question.

According to the Gallup poll previously mentioned, about 70 percent of survey respondents who said they eat fast food at least once a week or more answered that they know the food was not "good for you." If this is so, why eat it as much as they do? It has to be because they are somehow addicted to it, right?

Not so, according to Dr. Liz Applegate, director of sports nutrition at the University of California, Davis. "[Are people] addicted to fast food? That is more of an opinion, it has not been substantiated by research."

The problem with fast food is not that it is addictive. The problem is that these establishments have become ubiquitous. According to Dr. Applegate, "they're very available and they're inexpensive" options for people who work long hours and may not have the energy to cook for themselves when they get home. 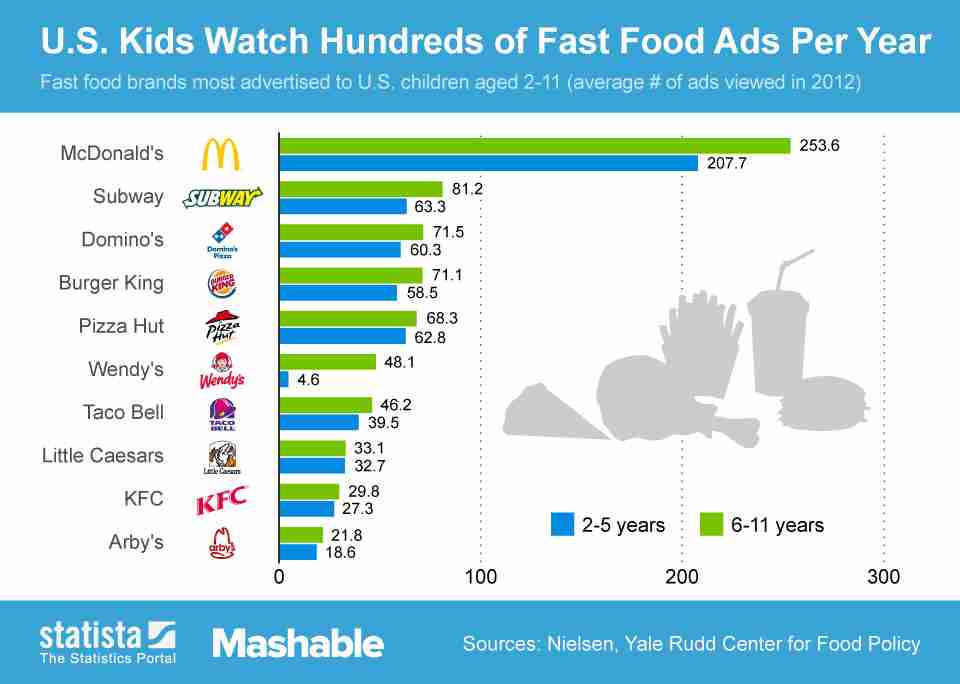 It may not be that easy for people to avoid fast food, as the advertisements and restaurants are everywhere. But is it really the fault of these places for offering us unhealthy food? What culpability do we have?

Are we addicted to being lazy?

McDonald's, Burger King, Wendy's, and other fast food restaurants cannot offer us food that we do not wish to consume. These businesses are not forcing us to buy what they sell, and so we have to be a little more accepting of some of the responsibility for what has caused us to become so attached to the quick fix. Dr. Applegate pointed out this fact, saying that "while it's, in part, consumption of processed foods and reliance on fast food, it's also [the fact of] technology changing and more people spending [an] increased number of hours in front of a screen." Because of this growing attachment to visual stimuli that does not require us to move, "our activity level, which [helps burn calories] has gone down at the same time our calorie intake has gone up. So we have two sides to the equation, it isn't all just the fault of fast food."That brings up another pressing question: What is a healthy diet? AlliedHealthWorld will tackle that in the second article of this series. Visit us next Tuesday to find out what comprises a healthy diet, and how people can begin to move away from processed and fast foods.