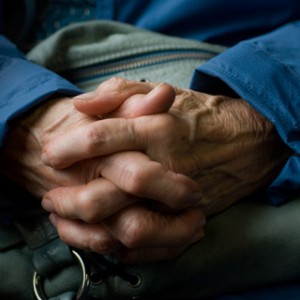 Parkinson's disease typically affects people in their 50's and 60s. This disease results from the degeneration of the dopamine-releasing neurons of the substantia nigra. The symptoms of this degeneration are persistent tremors at rest, most often exhibited by head nodding and movements of the fingers. Other symptoms include a forward-bent walking posture, shuffling gait and stiff facial expression. In most cases, the initiation and execution of movement is slow.

The cause for Parkinson's disease is unknown, which means that the cure for Parkinson's disease is unknown as well. There are multiple factors that are thought to be cause the neurons that release dopamine to die. Abnormalities in certain mitochondrial proteins and in dopamine transport regulators may be the cause. The drug, L-dopa, is often prescribed to help alleviate the symptoms of this disease. L-dopa is converted into dopamine in the body. Unfortuantely, it does not stop or prevent the death of the dopamine releasing neurons. Eventually, as more and more neurons die, the drug becomes ineffective. It has been determined that mixing L-dopa with other drugs can help inhibit the breakdown and prolong the effectiveness of L-dopa.

Patients who no longer respond to drug therapy may use deep brain stimulation via implanted electrodes to alleviate tremors. The electrodes shut down abnormal brain activity and have been found to be effective at reducing tremors. This is a very expensive and risky therapy. Gene therapy is also being used to treat Parkinson's disease. This therapy inserts certain genes into adult brain cells. The goal is to get the neurons to secrete the inhibitory neurotransmitter GABA, which naturally inhibits abnormal brain activity.