What Your Skin Coloration Says About Your Health 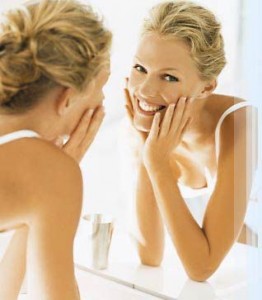 Many alterations in skin color can signal certain disease states and even emotional states. A good example of this is seen when hemoglobin is poorly oxygenated in Caucasions. When this happens the skin appears blue. This condition is called cyanosis. It commonly occurs during heart failure and severe respiratory disorders. There are many other alterations in skin color that signal other diseases.

-Redness or erythema: Skin that becomes reddened may be an indication of embarrassment. Blushing is the reddening of the cheeks and often occurs when someone is embarrassed. Redness can also be caused from fever, hypertension, inflammation, or allergy.

-Pallor, or blanching: Fear, anger and other types of emotional stress can cause some people to become pale. Pale skin can also be a sign of anemia or low blood pressure.

-Jaundice, or yellow cast: Yellow skin tone can signify a liver disorder caused by yellow bile pigments that accumulate in the blood and deposit in body tissues.

-Bronzing: Addison's disease can cause a bronze, metallic appearance of the skin. This is due to the adrenal cortex producing inadequate amounts of steroid hormones. Another possible cause of bronze skin is from a pituitary gland tumor that is inappropriately secreting melanocyte-stimulating hormone (MSH).

-Black-and-blue marks, or bruises: Bruising occurs where blood escaped from the circulation and clotted beneath the skin. Frequent bruising may be caused from aplastic anemia, hemophilia, leukemia, lupus, liver disease, iron deficiency anemia and several other potential causes.

It is best to consult with your physician if you notice persistent skin discoloration.